5 Top Reasons you Didn’t Get the Job Have you ever sailed through a job interview process, felt great about it, were anticipating an offer…and then you didn’t get the job?

Assuming that you were prepared and presented well, there are several reasons—often outside of your control—as to why you didn’t get the job.

There Was an Internal Candidate

One popular reason people don’t get the job offer is because there was a strong internal candidate.

A lot of companies and organizations are required to advertise their position externally, even if there is a strong internal person, and then they run everyone through that same process. This is a hard one to come up against because the internal candidate often knows the players and knows the company, so they’re at a huge advantage.

There Was an Experience Gap

Another reason is that there’s an experience gap. Not every job candidate is going to check every single box of an employer’s required and desired skills. They may bring you in for the interview even if you check just some or most of the boxes.

For example, if they’re weighing more heavily management expertise or team leadership and that would be a vertical move for you versus someone with more experience in that realm, then they’re probably going to go with the other person.

A salary gap can be a huge deal-breaker.

Maybe you divulged your salary too early in the process and they felt that you were coming in at a higher salary level than they could afford. For instance, you were with a larger company and they’re a smaller company and can’t pay you as much.

There Wasn’t the Right Chemistry

Hiring managers hire who they’d like to work with.

The Position Gets Put on Hold or Changes

Sometimes things will go full speed ahead, and then they decide to put the position on hold.

Most employers are going to come clean with this because it’s so neutral. For some reason, maybe they just didn’t get the budget that they wanted for the role.

Finally, they redefined the position. Sometimes companies will interview in the context of one role and then as they start talking with people, they decide they really need someone with a different skill set. This happens more than you think.

You’ve Been Turned Down, Now What?

Now, what can you do?

Leave the process on an up note. Write them a thank you note that says,

“Thanks very much for the opportunity to interview. I’m still really excited about your company. And if other opportunities come up in the future, I would love to come in and talk to you again.”

This demonstrates your continued interest, and you’re leaving on a positive note. Who knows? Maybe their first person won’t work out, and if you were a close second, you might still get offered the job. Or maybe there will be another opportunity down the road and they’ll keep you in mind.

So these are some of the reasons you may not have been chosen, but generally, there’s another good opportunity around the corner. 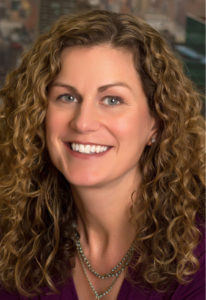 I’m Dalena Bradley, job interview and career marketing coach dedicated to helping you communicate your value, stand out from the competition, and win the job!

Sign Up For My 3 On Thursday Career Updates & Receive My FREE Career Resource Series!

Enjoy biweekly updates from the career sphere and receive my favorite resources and insights for your interview success and job search. All delivered in a short, easy-to-digest series!